There has been a lot of confused talk about whether or not stem cells may be a potential cure for children with early brain injury. This is a terrific talk that shows two pathways for using stem cells in humans. I rate it a “MUST WATCH”. 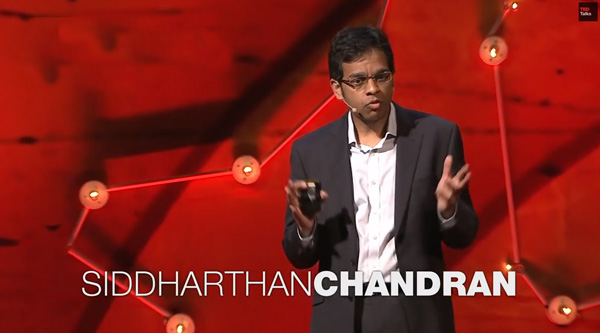 Siddharthan Chandran, Can the damaged brain repair itself.

Dr. Chandran calls himself a Regenerative Neurologist and he believes that one day, stem cells will be used to repair damaged brains. I love the way this man thinks…he has not fallen into the common scientific trap of just working away, doing more of the same harder. He knows that this path rarely leads to discovery and true progress. He talks of the common path of drug discovery, used by nearly all scientists – testing new drugs in animals first and then human trials. This pathway is scientifically valid, safe and good, but it costs too much and takes too long. On average, 15 years and >15 billion for a great new drug and the odds of success are 10,000 to 1 AGAINST success. It is hard to believe that this is the approved process!

We now know that human brains contain stem cells that can activate to repair the injured or diseased brain. They are present, but they do not work well enough to reverse the deterioration in many conditions such as ALS, Alzheimer’s, Parkinson’s or Huntington’s disease. It is hard to even estimate the dollars spent to date trying to develop and test compounds that may improve the efficiency of these naturally occurring, endogenous human brain stem cells.

His second approach is to inject the patient’s own stem cells in the hopes of stimulating spontaneous repair. You have to watch the talk to see just how close they are to a technique that could eventually be used in children with early onset neurologic problems. I say this with some certainty for two reasons. First, and most importantly, this methodology uses the patients’ own cells…they are endogenous, part of the patient’s body and so do not require a lifetime use of immune suppression. Secondly, he injects the newly grown stem cells into a vein, not directly into the brain. He believes these cells act to stimulate the body’s own growth and repair systems. This seems to me to be a safer approach – stimulating the body’s own repair and regeneration processes intuitively seems to be an approach with some built in safety features. If he is right and this approach is shown to work in more adult conditions, the next step would be to apply it to chronic conditions as well. I always see a glass half full and to me, there is a world of hope just around the corner.

If you like this talk, you will also want to watch Richard Faull’s TEDx Auckland talk on his discovery of a “motorway” of baby nerve cells, aka neuroblasts, in adult human brains. As with Chandran, Faull made his stunning discovery by refusing to keep doing more of the same harder…he sectioned brains in a non-traditional way and found the cells everyone else was missing!