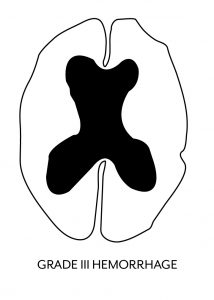 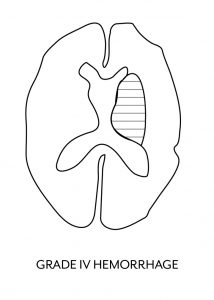 In a study published in the Journal of Pediatrics in 2008, 86% of neonates with a Grade III hemorrhage had a normal outcome at age 2 years corrected age. Even more surprisingly, 45% of those with a Grade IV bleed into the brain also had a normal outcome.1 Baby brain neuroplasticity is a scientific fact and yet parents are all too often still given out of date information about their baby’s risk of an adverse outcome.

Norman Doidge, in his two best selling books, brought the news of human neuroplasticity to the attention of the public.2,3 I believe his books effectively brought neuroplasticity into the mainstream. Families and adult patients started to ask for more current information and therapies after a stroke or diagnosis of a new neurological problem. It is hard to believe, but as I give talks and write in my blog, it is obvious that the news of baby brain neuroplasticity lags far behind what is now happening in adult neurology.

The subtitle of my book is Understanding Neuroplasticity in the Child’s Brain. I wrote it to bring this necessary information to the families of children with cerebral palsy and other early acquired brain and nerve problems. In the book, stories of Outliers of all ages are featured. These babies, who have had a major recovery after neonatal brain damage, offer Real Hope to parents faced with the diagnosis of an abnormal brain scan in the NICU or a diagnosis of cerebral palsy later in life. I use these stories to confirm the reality of neuroplasticity, but they also offer Real Hope to those with less than a full recovery!

Neuroplasticity is a life long reality. If you know that the brain can change, then continuing to do therapy makes sense, as long as the therapy you chose is actually helping the child gain new skills. People who do not understand baby brain neuroplasticity are satisfied with the goal of preventing deterioration as the child grows. People who expect neuroplastic change push for measureable short term goals and do not accept plateaus in function. If a therapist or doctor says there is no further change expected, what they are actually saying is they do not know how to produce new change! This is not good enough!

Next week, I will start a series about what I believe are the key goals for rehabilitation in both the child and adult. Meanwhile, I would like teenagers and adults to watch this short video about adult neuroplasticity.4 It is a great motivator. The first step towards improved function is to expect improved function.

“Optimism is the faith that leads to achievement; nothing can be done without hope.”
-Helen Keller