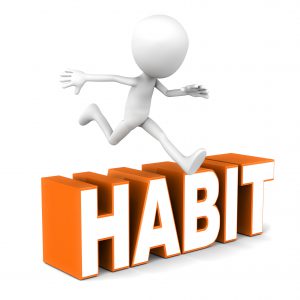 The teachers all know the diagnosis your child has been given from the admission forms you filled out, but most teachers do not have an extensive education about either cerebral palsy or brachial plexus injury. To many, CP is a generic diagnosis and what they see is what they think is the limit of the child’s capability. It is the same for BPI where they think the child’s preference for using the unaffected side is caused by a permanent injury, not a wired-in habit. Yet parents and the readers of this blog know that Habit Hides Recovery in all early acquired injuries to the brain, spinal cord or peripheral nerve. By the time the children have reached school age, the initial injury has recovered to whatever extent it can and the child has a more mature brain….while most of their motor movements represent early habits. As they grow and mature, the children are capable of performing higher level skills…skills that are rarely seen in the classroom.

How do you know what is habit and what is recovery? You sit down and list your child’s “usual” performance on any task and then the occasional “best” performance. Usual represents the habit; Best represents the extent of recovery.

For example, if a child with a speech problem speaks more clearly when at home, rested and not stressed, the teacher should know that these factors contribute to the child’s speech issues. If it is thought to be the result of permanent damage, they will not take steps to help the child relax and speak clearly.

I have had children diagnosed with ADHD or other learning problems who can happily play a video game for hours or attack the construction of a complicated Lego set with no sign of restless behavior or acting out. They are bored or under challenged, not hyperactive.

I have seen children who demand help at school that they do not need or get at home and visa versa. In my experience, children with an early neurological problem have a range of behaviors in just about every activity of daily living. It is our responsibility to let the schools know what they are currently capable of and then to hold them to their best performance.

“Whatever you do, you learn to do better”