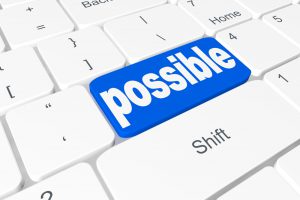 Over my years of practice as a neonatologist and clinical neuroscientist, the most common question I have been asked is, “How bad is it?” quickly followed by “How do I help my child?” Happily, there is now some great data available to help parents sort through conflicting information to find the best possible outcome for their child.

The GMFCS Level and Topography of Cerebral Palsy
Cerebral palsy is the most common motor disability in childhood. The Gross Motor Function Classification Scale (GMFCS) is the commonly used way of classifying the severity of the motor difficulties in sitting and walking.1 In addition to the GMFCS Level, there are 3 major topographies of CP determined by which parts of the body are affected. Based on large population studies, 39% of children with cerebral palsy have hemiplegia affecting one side of the body, 38% have diplegia affecting both legs and 23% have quadriplegia affecting all 4 limbs.2 Each of these topographies can be further sub classified, but first just focusing on which limbs are affected is a good start.

Will my child walk?

Overall, 80% of children with CP are now expected to either walk independently (Level I and II on the GMFCS) or with an aid such as a cane, crutches or walker (Level III).

Will My Child Walk? Are We Doing the Right Therapy?

What about other problems?
There are long lists of co-morbidities or other problems that have been seen in children who also have CP. It is useful information…to a point. As a physician, it is helpful to know about them to make sure that each child is screened properly and treated if needed. I often use the example of hip problems. The incidence a congenital hip problem in newborns is slightly more than 1 in 1,000 infants. Even though it is rare, every newborn is screened for this problem. The goal is early treatment that produces better results.

Later onset hip displacement occurs in roughly 33% (1 in 3) children with cerebral palsy. But the risk for an individual child varies with both the topography and GMFCS severity. The risk is negligible in pure ataxia to near 80% in spastic quadriplegia. It is very rare in children at GMFCS Level 1 and over 60% in children at Level V.

The bottom line for this co-morbidity is simple. Screen all children with Level IV or V spastic quadriplegia every 6 to 12 months and less often for the rest. You should know your child’s risk of this complication and how often a hip x-ray is planned. How often has your child’s hip been screened with an x-ray?

Next week I will discuss children with diplegia at GMFCS Levels I to III. They are the most homogeneous group and the simplest to understand. In 2 weeks, I will do the same for children with hemiplegia at GMFCS Levels I to III. In the following 2 weeks, I will tackle the children at Levels IV and V, first those with spasticity and then those with ataxia and dyskinesia (athetosis and choreoathetosis).

These are the main questions I will discuss.

What about the rest? Hopefully, if you work through the structure I am presenting in this Cerebral Palsy – GMFCS and Topography series, you will be better able to evaluate other interventions from a more knowledgeable base. Just as there are no more universal experts, best possible outcome means doing the right thing, at the right time and in the right order.

See Also the first blog in this Cerebral Palsy – GMFCS and Topography Series
What Is Your Child’s Label?