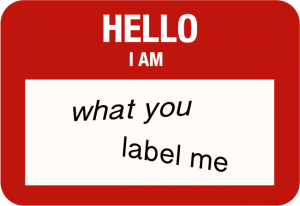 The Gross Motor Functional Classification System or GMFCS is a new label applied to children with cerebral palsy and like all systems of classification, it has benefits and hazards. Person First language has improved how most people talk and write about children with cerebral palsy, rightly putting the emphasis on the child or adult rather than the diagnosis. But putting the child’s name first does not do away with the harm of labels.

Cerebral Palsy is a generic diagnosis that encompasses many early brain injuries and problems of brain development. It covers such a wide range of problems that it is effectively useless. We all recognize that there are many different types of cerebral palsy and the level of involvement is variable. The GMFCS was initially conceived as a way to sub classify the gross motor function of children into one of 5 levels of sitting and walking ability. It sounded good and was rapidly incorporated into research studies and clinical management.

The change in the medical descriptor is that now a child with cerebral palsy is described a child with GMFCS Level I, II, III, IV or V. Do you know what Level has been assigned to your child?

I believe that parents have an important role to make sure that when a GMFCS Level is written in their child’s medical or therapy record that it is interpreted correctly. Parents need to understand the good, the bad and the really ugly ways it may be used.

The Good is that it is very useful to researchers, allowing them a short form way of describing a child’s current usual function. A child with Level II or IV has the same motor skills at the time of assessment wherever the GMFCS is used.

The Bad is that it measures usual function. This is the scoring instruction given to people using the test.

Gross Motor Function (GMFCS) – “Emphasis is on usual performance rather than what they are known to be able to do at their best.”

What does usual performance mean? Readers of this blog will recognize that a child’s usual performance is the child’s early learned habit. It is the lowest level of his or her current function. Over my career, I have seen many children with a very wide range between their best and worst performance. I believe that we have to look at their full range of skills. It is hard to understand why children are being classified on their lowest skill level.

The Really Ugly is the growing use of the GMFCS to determine the child’s outlook or prognosis for change. This is an example of using the GMFCS to limit the possibility of improvement.

“Generally, a child or young person over the age of 5 years will not improve their GMFCS level so, if for example, a child is classified at a Level IV at the age of 6 then it is likely that they will need to use a mobility device throughout their life.”1

Another goes even further suggesting a limitation of treatment.

“From these data (the motor growth curves) we can see that, for example, it would not be appropriate to perform extensive gait corrective surgery on a child in Level IV when their prognosis for motor function is for transfer and, at best, limited walking with primarily wheelchair use for mobility.”2

In other words, the child’s future is being predicted on the basis of a prospective follow-up study of children born between 1986 and 1996 who had none of the modern spasticity management interventions and had only the established therapy available to Canadian children at that time.

So….the take away messages are:

Next week, I will go into the data behind the GMFCS and explain what it means in the different Levels I to V. My goal is to help with the process of informed choice at the different ages and stages of the child’s development.