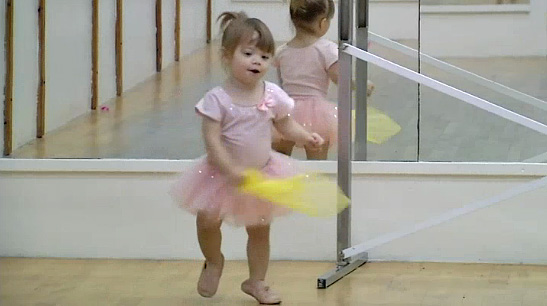 This news report from San Diego is about some remarkable improvements in a young child with hemiplegia treated with her own stored cord blood cells. This is very good news for parents who have access to their baby’s cord blood.

This is the link to the report on this child’s treatment. It is well worth watching…it starts after a short ad.  http://bit.ly/1Rj7Xf6

Most of us have been aware of the early Stage II trial of cord blood infusion at Duke University. The study protocol treated newborns with documented HIE from birth asphyxia with their own cord blood. The goal is to prevent or diminish cerebral palsy and cognitive delays in children with early brain damage. This study is due to be completed in July 2016 and the results are eagerly awaited. I have personally seen just one child treated as a newborn with the Duke protocol and so far, I admit that his development, both motor and cognitive is far better than I would have expected.
The San Diego report above opens the field to trying stored cord blood on older children as well. This is the subject of another research trial at Duke University that has enrolled children with CP aged 12 months to 6 years of age. https://www.dtmi.duke.edu/news/kurtzberg-and-team-move-forward-cerebral-palsy-cord-blood-study

Another study has just started in Australia that will also treat older children aged 1 to 10 years who have been diagnosed with CP. They are also using the patient’s own stored cord blood. It is a two year study to see if there is any change in the children’s motor function. https://research.cerebralpalsy.org.au

But what about everyone else who does not have stored cord blood available?

Originally, people thought that if you did not have the baby’s own cord blood cells to use, there would be no hope and certainly no hope for older children and adults. Thankfully, neuroscientists and neurosurgeons around the world are developing ways to generate a person’s own stem cells to repair the brain. This TED talk, by functional neurosurgeon Jocelyne Bloch, has been watched by over a million people worldwide. It is an exciting new approach, culturing a specific type of brain stem cell, called Doublecortin-positive cells. While these studies are just now being done with monkeys, it is another positive step in the direction of improvement for children with cerebral palsy.
http://www.ted.com/talks/jocelyne_bloch_the_brain_may_be_able_to_repair_itself_with_help?utm_source=newsletter_daily&utm_campaign=daily&utm_medium=email&utm_content=button__2016-02-15

In a previous post, I talked about another method that involves culturing stem cells from the human patient’s bone marrow and then infusing them via a vein. Surprisingly, these cells were able to find their way to the brains of humans with Multiple Sclerosis and slow the progression of the disease! Dr. Siddharthan Chandran of the Anne Rowling Regenerative Neurology Clinic gives an informative talk about their exciting research. He also advocates for new ways of doing drug and stem cell research that if applied, would shorten the process and speed discoveries into clinical practice. http://www.ted.com/talks/siddharthan_chandran_can_the_damaged_brain_repair_itself

I believe that parents of children with CP should learn about these various approaches and support the parent groups that are pushing for more research specifically targeting children with cerebral palsy. Dr. Chandran makes a compelling case for the societal and personal cost of degenerative diseases in adults. This is a hot topic in adult neuroscience. Now we need more scientific advocates from pediatric neurorehabilitation to remind our best and brightest neuroscience brains that children with CP have a lifetime ahead of them and the cost of this to the child, their families and to society is massive.

As ever, your comments and questions are welcome.